Attracting the Builders: The Move to Florida

The Twitterverse has highlighted the influx of talent migrating from California and other major tech markets to Florida.

hey, so, #FloridaTech is already taking off with @join_papa come join us in the Sunshine State! https://t.co/JWM5s1LXZP

While the Twitter chatter has mostly been concentrated on South Florida, over the past few years, we've seen a similar influx of talent in other parts of the state, including Tampa and St. Pete.

Two of our latest transplants.

Our team at Embarc Collective is asked about what's it's like to move from a major tech market to Florida almost weekly. With the frequency of asks, we created an informal network in 2019 of individuals all new to our market, coming from places like San Francisco, New York City, Chicago, Atlanta, and beyond. Some were returning to Florida after starting their career elsewhere after leading teams at places like Zynga, Grubhub, and Snapchat. Others were brand new to the state. (This group meets quarterly, so email us if you have recently moved to Tampa Bay from a major tech market to get an invite.)

What struck me was each of the new people we've met through this network is incredibly entrepreneurial, and Tampa Bay is a place that welcomes and encourages individuals to create a stronger, more collaborative community. You'll see that desire to build and make one's mark on a community as a key thread for why these individuals chose Tampa and St. Pete:

"The plan was to work in New York with few great companies, then return home to Tampa. It was important for me to experience a different environment and learn new ideas from other people. We’re now working to open the doors to our new restaurant [in Tampa] called Willa’s in early 2021. Despite all the issues we are facing today, we remain excited about the opportunity ahead and feel lucky to be in here. Tampa has come a long way and is still growing stronger every day. We’re thrilled to help take it to the next level." - Nate Siegel, Owner/Operator of Willa’s and Willa’s Provisions

"I always knew there was a strong possibility that I'd move back to my hometown but it became a no-brainer as I spent more time learning about the emerging startup community. Now that I'm here, it has become even more clear that I made the right choice thanks to a strong support system built to raise up both individuals and companies that call the community home." - Andrew Jones, Data Engineer at LearnVest, Casper and Grubhub.

"There is such a unique opportunity here in Tampa to have real impact - to have a hand in growing something extraordinary.  We have all the necessary ingredients for an innovation hub - infrastructure, universities, quality of life - but most importantly, a welcoming community of talented people who are dedicated to making sure Tampa realizes its potential.  People are happy to be here - and they're here by choice." - Kate Heath, Embarc Collective Marketing Coach, Founder of WORTH+WILL and previously Head of Marketing Strategy and Operations at Instagram

“Being from Georgia, I often lamented that I missed Atlanta’s transformation and growth as a young professional – I was several years too late and opted for Chicago instead. When my family moved down to the Tampa Bay region, I started to witness and learn about Tampa’s rise: the changing skyline, demographic shifts, and massive inflows of investment and human capital. Keen to not miss out again, I moved to Tampa last summer and am increasingly excited about the region’s future.” - Matt Phelps, Vice President at JPMorgan Chase

"I'm so glad I moved back to Tampa. I've gotten front row seats to some of the most exciting years in Tampa's development, and I'm constantly amazed at how much our city has grown since my childhood." - Ariana Alfonso

"I always say Tampa is the best startup of all time. Our growth is built around quality of life and spending time outside and near the water. You also can't beat the people in Tampa...This city has also been so incredibly supportive and contributed greatly to the growth of my business." - Whitney Holzman, CEO of Social Victories

"After building multiple national and international startup communities, I chose Tampa Bay as my forever home because I recognized a growing startup ecosystem at an inflection point in their journey to create immense value for the businesses that launch and grow here. Seeing the potential in this ecosystem, I wanted to be a part of that positive momentum, adding value from my previous experiences. Thank you for welcoming me, Tampa Bay!" - Candice Rezvanian, VP Operations and Strategy at Kentucky Science & Technology Corporation, previously at Florida Funders, Endeavor and Village Capital

Send us a DM on Twitter if you're thinking about making the Florida move, we'll help you explore, connect, and think through the decision 🏝️. 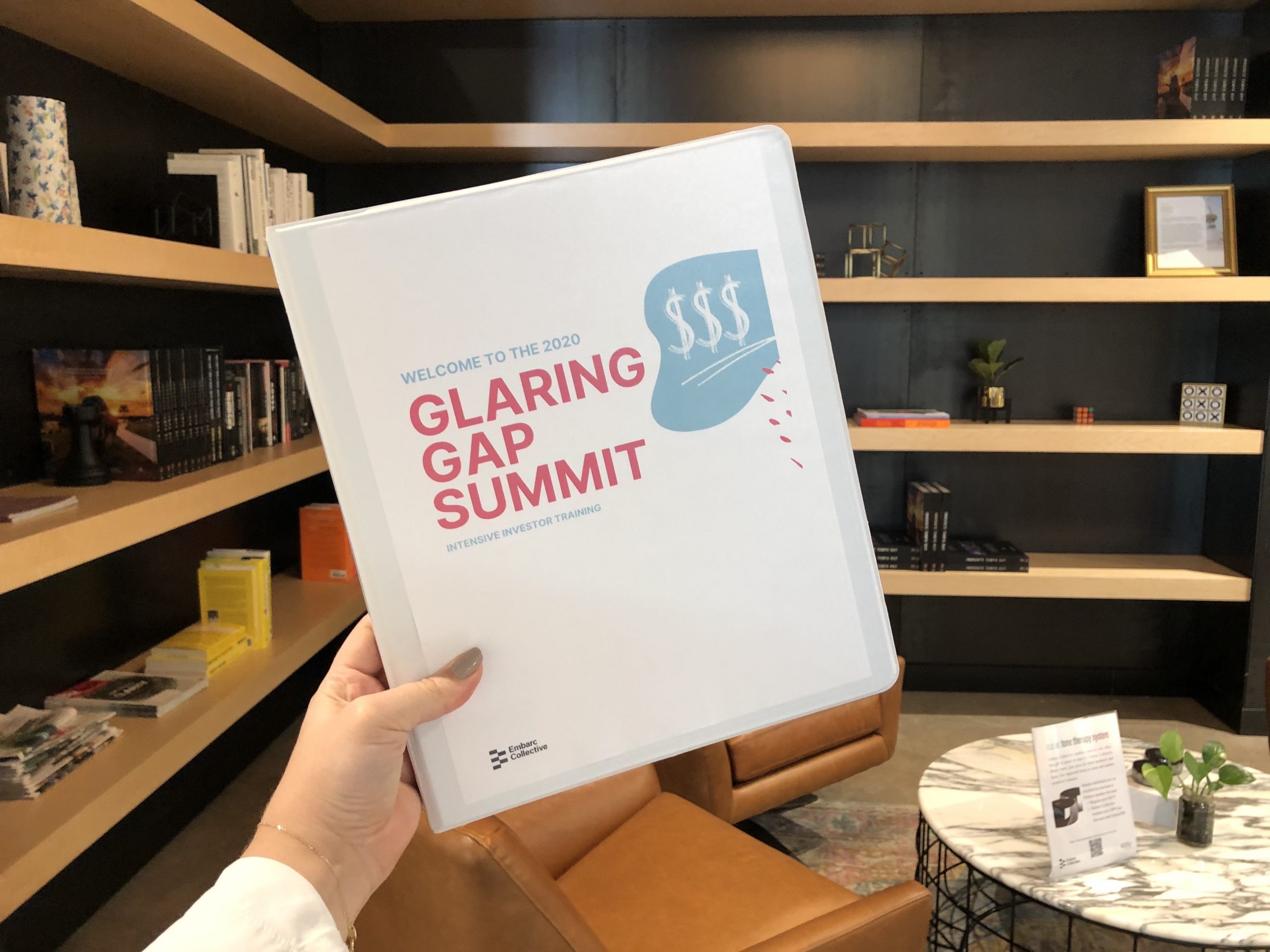 The Glaring Gap Summit, made possible with support from JPMorgan Chase, culminated last week. Our vision was to create an environment where women have access to the resources, expertise, and network to confidently lead as angel investors and within venture firms in Florida’s technology community. The Summit leveraged learnings from our Glaring Gap Report and brought together 50 women across the state to close the Glaring Gap and share insights and frameworks on how to execute investments. We saw this as our opportunity to grow the pipeline of investments for women-led companies and tap into the economic benefits of diverse leadership in the process, by doubling down on diversity in Florida’s investment decision-maker pool. Participants spanned different professional stages: college students, mid-career professionals and accredited investors.

Because of the virtual nature of the Summit, we split it into three parts:

This was our first year doing this Summit and the feedback proved that providing intentional and intensive education on this topic can create impact. This feedback reinforced the entire reason why we built this program:

“The Glaring Gap Summit was one of the most incredible experiences of my life. I’ve always been interested in investing, but I’ve felt shutout in education and gateways to learning about it. In the Summit, we were treated to the top experts in the field and an A+ curriculum on how to invest. I now feel empowered with the tools to invest myself and connect with other investors about future opportunities. Finally, we as women, need specific programs that speak to our needs. The Summit deeply understood our intricacies as women and was geared towards touching on the topics we needed to hear the most. I feel so lucky to have had this experience, as well as the open forum to ask questions. The Glaring Gap Summit was one of the major highlights of 2020.”

“The Glaring Gap Summit was so reinvigorating to my long career in venture. It gave me hope for the future of venture!”

“The Glaring Gap Summit created by Embarc Collective and 37 Angels was one of the most insightful and rewarding summits I’ve had the opportunity to take part in. Every minute of this summit was energizing, engaging, and empowering. I would recommend any woman who has the opportunity, or even has an inkling of interest in venture capital, to apply because you will walk away an even more capable, resourceful, and knowledgeable woman with an enhanced skill set ready to take a larger role in the VC space.”

“I have been interested in investing in startups founded by women for a while. However, I never felt that I had the understanding to do so. With the tools and advice I received during the Glaring Gap Summit, I am now ready to take the leap.” 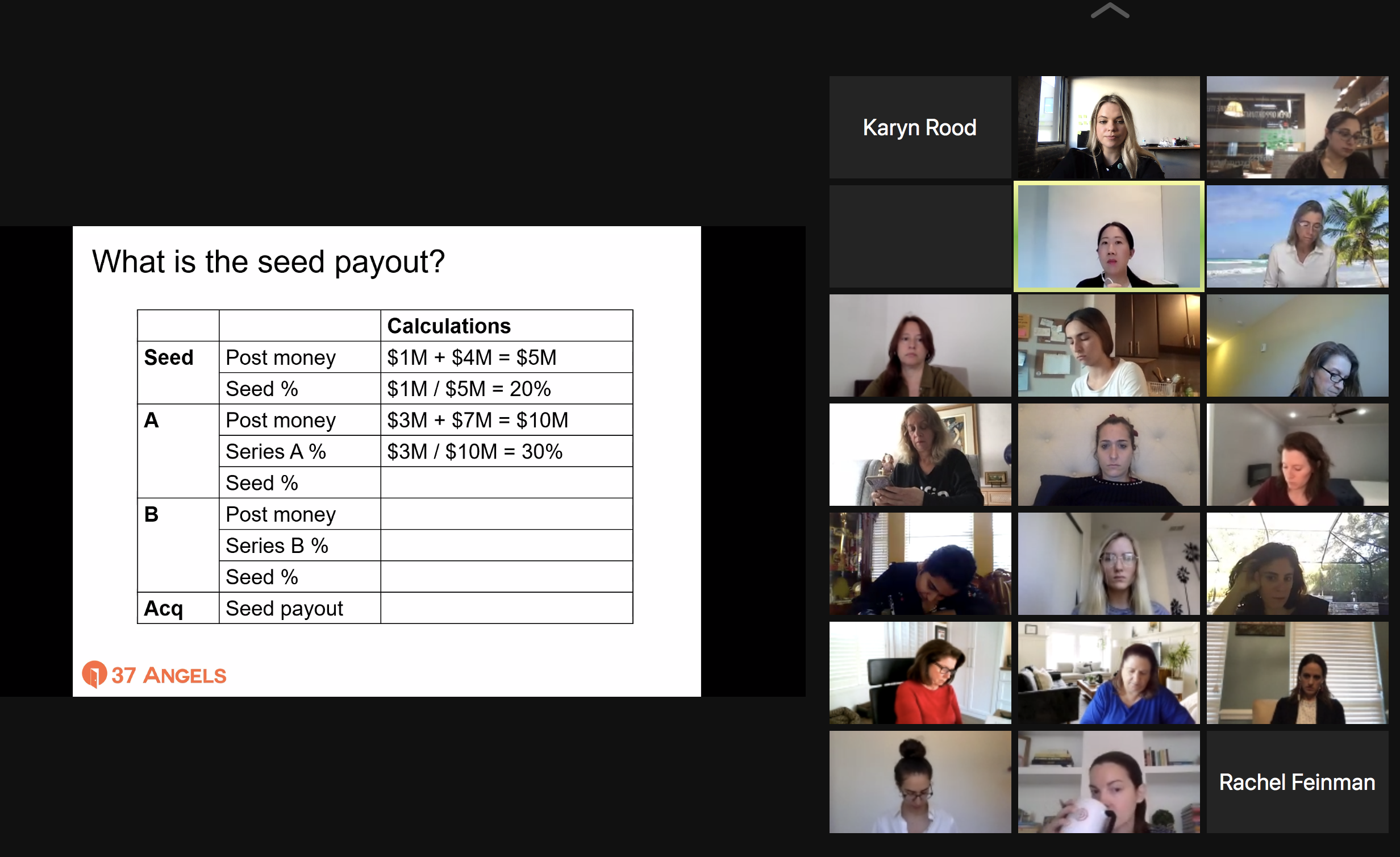 For us, creating change doesn’t end with the Glaring Gap Summit. In fact, the Summit is just the beginning.

Welcome to our Featured Founder series, where you’ll meet startup founders from Tampa-St. Petersburg who are building and scaling their ventures to solve some of the world’s greatest challenges. We interviewed  Matt Wheeler, CEO of qualifiedMEETINGS, an inside sales firm dedicated to improving the efficiency and quality of the sales development process by creating and managing programs for high tech companies.

I worked in sales at IT software for companies like Infoblox, SevOne, AccelOps, CollabNet, and ForeScout Technologies. After making 250,000+ calls and building SDR programs, I understood the need for outsourcing part of my team but was only faced with two options, call centers or appointment setting companies. Both of these options left me getting unqualified meetings with little to no accountability from the team who I was working with. There would be multiple script readers working on my account and I would meet with one client-facing person who would tell me how my “program” was performing. I quickly saw the need to have a “sales partner” who trained reps that were dedicated to me. After helping grow ForeScout from $40M to $200M to go IPO, I decided it was time to take the model I have envisioned of building and create qualifiedMEETINGS.

Building and managing sales development programs that help companies create predictable pipeline and close deals faster. I love being able to take people generating a medium-level income here in Tampa, train them in tech sales, and see them go to $100k+ in income after spending 3-4 years working for QM and learning how to sell tech and do proper sales development from the ground up.

Funding, finding the right partners, and finding resources to scale. We hired a CXO which has been great for us but actively trying to figure out funding and getting the right operating team in place to scale. I joined Embarc Collective to get access to people who may be able to provide value in helping us overcome these challenges. QM has this unique ability to scale beyond its ability to fund scale, meaning there is a ton of interest in the programs we build but we still need considerable resources to help us deliver sales solutions at scale. There aren’t currently enough software investors in our local market and there are even fewer folks here that invest in services companies. QM goes well beyond the meetings and helps organizations with recruiting, training, sales software, and closing new business.

Our goal to grow by 3x over the next 12 months and expand on our sales recruiting and training services to help more companies that aren’t interested in outsourcing. Today we build the “QM 23/52” in a box and help train and manage sales development reps that work internally for software companies.

It all starts with revenue. If you’re trying to get funding or building a bigger team, it always helps to have revenue first. Most founders start with products or services and go right for the raise, sell something first.

Keep up with the latest in Tampa Bay startup news, local talent interviews and founder resources.
Delivered to your inbox each week.

Signup for The Weekly Collective
X