Lessons from the Cameo Growth Story 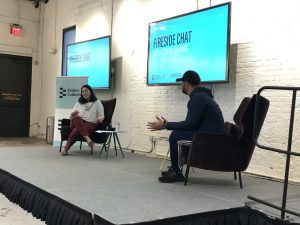 We were lucky to welcome Cameo CEO Steven Galanis to Embarc Collective this week. The Cameo growth story is incredible - they started just 4 years ago and today have grown to 200 employees, $100M in customer transactions and $25M in revenue in 2020. The team has raised over $65M in funding by investors including Kleiner Perkins and Lightspeed and was last valued at over $300M.

Steven started the Cameo journey at 1871, the startup hub in Chicago and partner of Embarc Collective, so he was well equipped to advise Embarc Collective members on how to best leverage a community like ours to grow their company.

We are sharing our 5 favorite insights from the conversation with Steven:

Narrow your focus and execute on one key thing exceptionally well – allowing you to do that one thing at a world class level.

Turn Your Team Into Evangelists:

Be Accountable From the Start:

Steven recommended that all startups write monthly updates, even if you don't have outside investors. This will ensure that you are tracking your forward movement and growth each month.

When you are starting out, the CEO can feel like the Chief Everything Officer, but as you scale your team, try to narrow your focus to these areas:

The Case for Florida:


Cameo has recently become a completely remote organization, and Steven has migrated from Chicago to Miami. The livability, lifestyle and the growing energy around the tech startup community statewide were two reasons he made the move.

About our Programming Supporter: This CEO Fireside Chat was made possible through support from the Florida Business Development Corporation. Since 1989, the Florida Business Development Corporation (FBDC) has been dedicated to the success of Florida small businesses. As the most active lender in the east coast of the U.S., we excel at assisting healthy, growing companies secure long-term, below-market, fixed-rate financing for the acquisition and development of fixed assets. The program can also be utilized to refinance debt associated with fixed assets.

As part of our work at Embarc Collective, we get to connect with talented professionals across industries from startups to large corporates. In meeting with so many talented individuals, we saw an opportunity to create a bridge between the established business world and the emerging startup world. And with that, we launched the Embarc Collective Young Professionals Board in December 2020.

This is an opportunity for high potential professionals across Tampa Bay from diverse backgrounds and industries to engage more deeply with the future of Tampa Bay and the growing startup community, with a specific focus on creating a vibrant network of opportunities for top talent for Embarc Collective member companies and leaders in the business community.

Over the course of their term, these individuals will help connect dots for Embarc Collective member companies and utilize their unique position as leaders to enhance connectivity into the business community of Embarc Collective to Tampa Bay

"We saw an opportunity to bring in leaders across the region earlier in their careers to create stronger connectivity between the startups we serve and the local corporate world," said Karyn Rood, Embarc Collective Events Manager and Young Professionals Board lead. "The group that we have convened will continue to energize the growing Embarc Collective community."

“I’m excited to join the inaugural young professionals board with Embarc Collective! Being on the board will allow me to learn from some of the most entrepreneurial and creative thinkers in Tampa Bay," said Alyinth Bowen of Bisk. "I am looking forward to weaving my background and knowledge into a larger tapestry that promotes innovation, creativity and learning.”

"I am thrilled to join the Young Professionals Board for several reasons. It provides an opportunity to share my passion for technology and for this community in so many ways," Jesus Viaurri of TechData shared. "Being in the area for almost a decade, I have seen a tremendous shift in the tech scene and more so within the startup community and I couldn't be more excited to be anywhere else in the country. We, meaning Tampa, are truly reshaping the startup and tech scene, and I can only imagine where we will be in the next 5 years."

To learn more about the Young Professionals Board, reach out to contact@embarccollective.com.

Reposted from Build In SE

Whether you’re already in Tampa Bay or thinking about relocating to this fantastic region, use this guide as a first glance into the exciting and growing startup ecosystem in Tampa Bay.If you’re looking for more resources outside of Tampa Bay and in the Southeast, make sure to head to buildinse.com.Build In SE is an organization with a mission to increase the number of startup success stories in the Southeast by leveraging a cross-regional collaborative network.

Welcome to our Featured Founder series, where you’ll meet startup founders from Tampa-St. Petersburg who are building and scaling their ventures to solve some of the world’s greatest challenges. We interviewed Chris Krimitsos, Chief Creative Officer of Podfest Expo, which facilitates new media communities via live and virtual events. 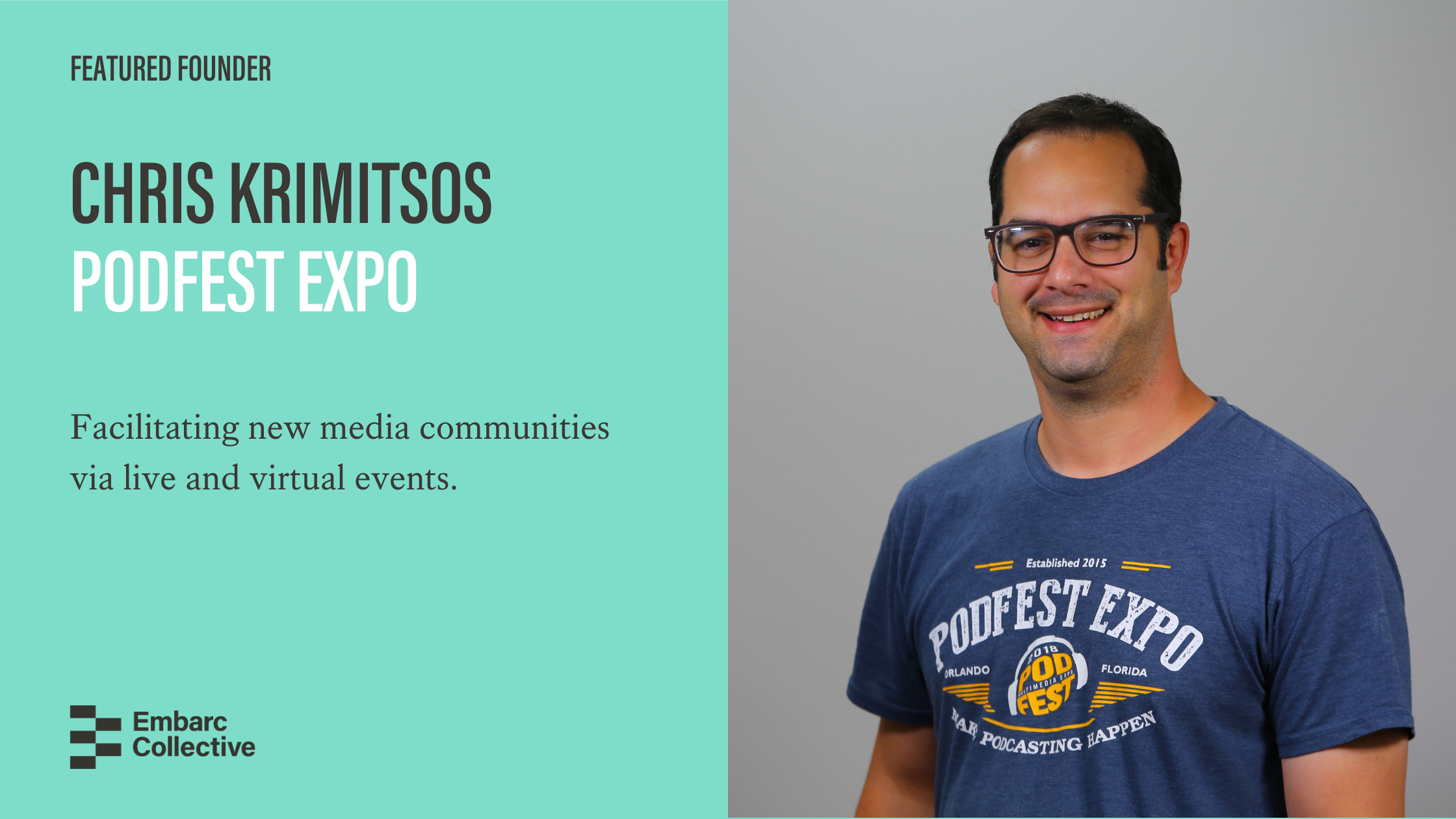 I had been an executive producer of a TV show called the BleepinTruth and had a fun time producing some pretty entertaining shows. Then after getting thrown off the air, I formed eMarketing Groups and the Tampa Bay Business Owners.  I sold TBBO and started building a conference called Podfest helping creators connect and the rest is history.

Podcasters and YouTubers (creators) live primarily online and really have very few touchpoints where they meet face-to-face. We have created a facilitated environment that fosters collaboration and the free flow of information, in-person as well as online.

One is brand awareness with full-time influencers. I sponsor as many regional and local events as humanly possible as well as help influencers connect via e-introductions every day of the week.  I also host the monthly Florida Podcasters Association, the longest-running meetup of its kind in the country. We averaged 40-50 attendees prior to the COVID-19 pandemic. We are averaging 20 attendees during COVID-19.

Last year we had 2000 registered attendees for our in-person event in Orlando, and this year we believe we can reach 4000 attendees. We also set a Guiness World Record for largest virtual event, and on March 1st through 5th, we are looking forward to shattering that record this year! We are creating an umbrella brand called The Creator Village to house all our concepts that cater to online creators.

The lack of resources is not your greatest weakness. It's in that lack that you find out how resourceful you can be to get to where you need to go.
Signup for The Weekly Collective
X