Building in the Bay 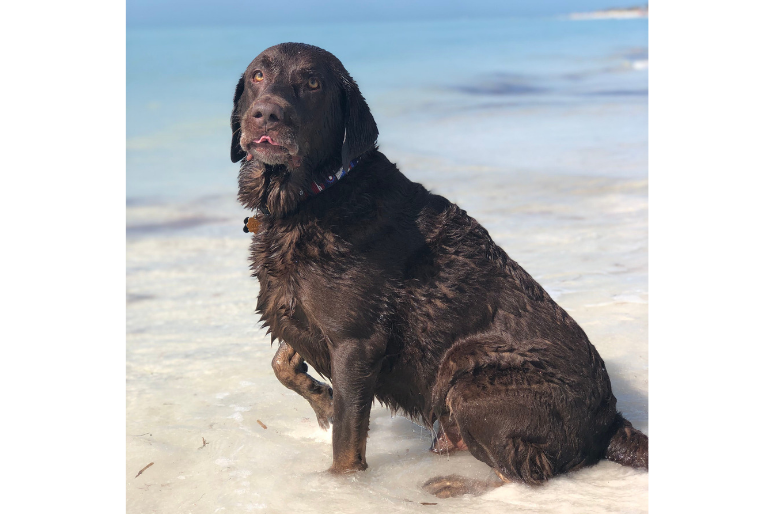 I remember visiting Tampa for baseball tournaments when I was younger, but I never thought that it would be the place I called home. I was close to finishing my undergraduate degree at the University of Alabama and decided to take a trip down to Tampa to spend time with my dad. He invited me to sit in on a few of his business meetings. One of the meetings was with Dr. Michael Fountain, the founding director of the USF Center for Entrepreneurship, to talk about a health tech startup. I was a fly on the wall for most of the conversation until Dr. Fountain began asking me questions about what I wanted to do after graduating. He proceeded to give me an overview of USF's Masters in Entrepreneurship program and a few reasons why I should consider USF for my graduate degree. He mentioned that the program was ranked in the top 15 nationwide and that there was a focus on healthcare technology, but I was really sold on learning directly from Dr. Fountain. Notwithstanding his entrepreneurial and investor success, he was (and still is) one of the most approachable and caring people I've ever met.

It didn't take long for me to send in my application. My girlfriend at the time (now wife - hi, Kristen!) and our dog, Cashew, took a leap of faith with me on this journey. We didn't have friends here or know much about the area, but we were committed to building the next chapter of our lives in Tampa Bay.

Getting settled here was much easier than I anticipated. Shortly after starting grad school, I had the opportunity to intern for a local startup support organization, Tampa Bay Wave. What I quickly learned about the Tampa Bay region is that there are so many talented people here working on diverse technology businesses ranging from digital health platforms to bitcoin wallets. While Tampa Bay is not traditionally known for technology endeavors, many of the local entrepreneurs had moved here because of the growing startup community. Not to mention it's also a beautiful place to live and work. Their bullishness on Tampa Bay's growth was contagious, and their love of the region instilled confidence in me to continue building here, even though there is a long way to go for our region to be recognized as a flourishing tech hub. The startup community always encouraged me to start my own company and offered their support with whatever I needed. I was part of something bigger than myself, and it felt great. Most people think that you have to be out in Silicon Valley to work on a tech startup, but that couldn't be further from the truth.

When I graduated from USF, I started planning my own startup in the healthcare realm. I had a hypothesis, conducted thorough research, and then leveraged my connections to find the right co-founder. As many of you know, finding the right co-founder is one of the most difficult yet critical foundational elements to a successful startup, and my experience was no different. However, the Tampa Bay startup community was more than willing to help me find the right person, and it turns out that this person was also looking for someone like me. Mark Swanson, a tech serial entrepreneur, had the know-how, desire, and connections to help me transform this idea into a reality.

Mark was the Chairman of the Wave at the time so we had an office there. I loved it. It was immensely valuable to have founder-to-founder discussions with other like-minded entrepreneurs and get feedback on product, pitches, customers, working with corporates, etc. These conversations had such a positive impact on me - professionally and personally.

Fast forward to the ending - when we were on the goal line about to roll out our pilot with three blue-chip partners (payer, provider network, and a telecom company), the deal fell through. We relied too heavily on one distribution partner, which was a wrong move. Securing a deal with one large partner is a tough win in itself, and it turns out that organizing three large partners was too difficult for what we could handle at the time. As you learn in the startup world, one wrong hypothesis can impact the whole direction of the company.

Startups are tough and my adventure was no outlier. There were peaks of great joy and valleys of frustration. We experienced lots of painful no's, lots of ghosting (never hearing back) and, even worse, plenty of maybe's - things that happen in every city. But I learned from the community that this was just a stepping stone towards the next phase of my career. With their help, I developed a thick layer of scar tissue, and without that experience and network building, I wouldn't have gotten to the next step of my life.

Even though my initial vision didn't manifest into reality, I met some amazing people along the way: entrepreneurs, investors, support organizations, mentors, and so many more. However, I was particularly interested in the investment community since my fundraising experience was somewhat opaque. I was set on finding a job on the other side of the table to see what goes on behind the scenes, so I reached out to a good friend of mine who was in the investment space, Scott Lee, and he put me in touch with the partners at Murray-Bertron, a VC/PE family office based here in Tampa. I spent 3.5 years there and I learned so much from the team, like how important relationships are in the investment world, and how to ask the right questions to make an educated assessment, quickly. But the most important lesson was that ROI is what investing is all about and the partners at MB are stellar at what they do. During this time, I met so many bright, charismatic entrepreneurs that were a bit outside of our investment criteria and just needed a little help crossing that threshold. Eventually, I realized that I wanted to support these founders and their stakeholders (family, employees, etc.). It was time for me to get back on the startup side and help them achieve their goals.

Cue, Embarc Collective. Through the power of connectivity (and cordiality of Tampa Bay's entrepreneurial community), I heard about Embarc Collective - a nonprofit whose mission is to help Tampa Bay's startup talent build bold, scalable, thriving companies - and I honestly couldn't think of a better organizational fit. I'm thankful for the opportunity to work alongside some of the brightest, hard-working, and personable people I've ever met. I'll be contributing as the Business Development and Coaching Manager. The former role is where I help corporates and startups develop framework and processes to work together, and the latter role is where I work with startup founders on the foundation and scalability of their business - something we call "working on the business." I like to think that a critical element of my role will be to choreograph serendipity between corporations and startups so magic can really happen. If you want to talk more about business development or Embarc Collective coaching drop me a line.

I never thought Tampa would be my home, but I'm so proud to be a part of this beautiful, blooming region. My gut feeling turned out to be judicious; Kristen, Cashew and I haven't looked back once. There's something special going on here. If you're not from the area, or are skeptical of Tampa Bay, I urge you to come down and experience it firsthand - you won't regret it.

Embarc Collective is Florida’s fastest-growing startup hub and has been named as a top incubator program...

Tampa Bay Innovation Week will take place from February 10 through February 17. During this week,...
X