Welcome to our Featured Founder series, where you’ll meet startup founders from Tampa-St. Petersburg who are building and scaling their ventures to solve some of the world’s greatest challenges. We interviewed Christopher McElveen, Co-Founder of LogNovations, an IP licensing company focused on reducing data storage, data transmission, and data complexity costs for enterprises from the edge to the cloud. 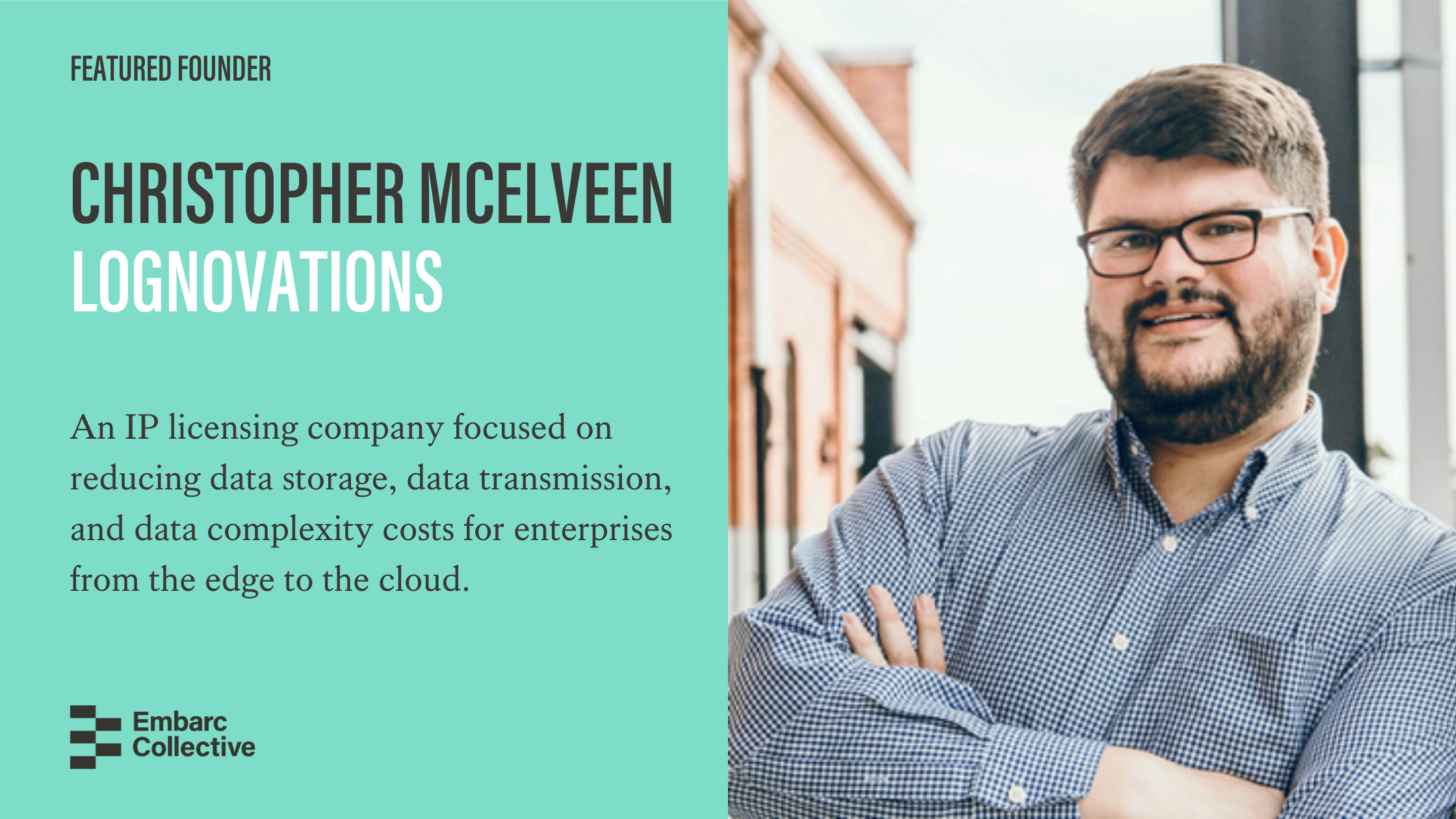 I don't think there was one single a-ha moment that catalyzed me to start this company. It was very non-linear and a combination of a few different things, both experiences, relationships, and a couple thousand hours of work prior. In the summer of 2010, I began working on developing a framework for analyzing the flow of non-point source information within boundless systems to better understand how the things around us spin off potentially useful information. That work is still on going, but consumes the majority of my time outside of work. I put in around a thousand hours a year in it for the past 10 years. So, fast forward to 2015, I had recently relocated to San Francisco and was working as the CTO of a budding startup out there. An individual at one of the angel syndicates (a senior Google Fellow) took an interest in me and my skills. He was telling me about the D-Wave Quantum computers that Google had recently acquired and the massive data corruption issue they had. When the data was entangled in a quantum state, it was highly unstable meaning a ground tremor in Indonesia would corrupt the data in Menlo Park, just like when you shake an Etch-a-Sketch. I had also read a recent article from Peter Theil about how technology had stalled in the late 70s from MIT's technology review. The thought was could you reduce the size of the data, through compression, so much that it was simply a series of instructions that could fit into the cache on the D-Wave system and thus be in a processing state versus storage state? This would fix the corruption issue because quantum data is much more stable in a processing state than at rest.

LogNovations is developing fundamental technology for the future of computing that enables to have a fighting chance at holding back the on-going data growth onslaught. I've always liked attempting to solve things that others say can't be solved. Whether I solve them or not doesn't matter because the technology, process, and ideas along the way feed my curiosity.

Doubt. I never graduated college, so being in a space that is largely dominated by highly credentialed experts makes it tough to break in and gain respect. We haven't overcome it yet, but I truly believe in the proof in the pudding mentality. By developing useful and applicable technology that betters people's lives, we will overcome the credibility issues.

Our vision is to create the future of computing, but that starts with generating revenue, sales, and a core of enterprise advocates that can champion our technology. For profit, companies feed on cash. The more cash you have the longer you can last and the greater the chances that you can succeed.

Don't give up. Life is not linear, neither are companies. Enjoy the process and you will succeed, because you can't fail if you never give up.

Keep up with the latest in Tampa Bay startup news, local talent interviews and founder resources.
Delivered to your inbox each week.