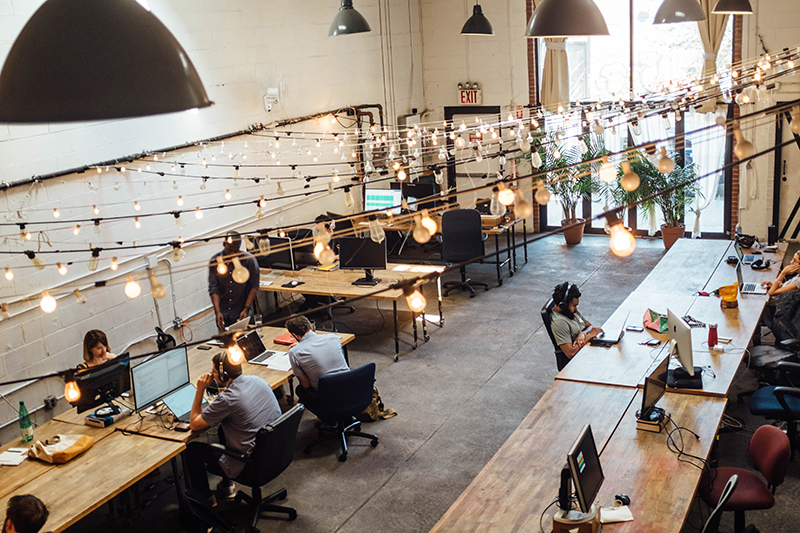 Lakshmi Shenoy is a recent transplant to Florida and the Tampa Bay region and is the CEO of Embarc Collective. Before moving to Tampa Bay, Lakshmi was in Chicago and served as the Vice President of Strategy & Business Development at 1871, the #1 university-affiliated business incubator in the world. Prior to 1871, Lakshmi focused on growth strategies for a variety of businesses through her work at Prophet Brand Strategy, Time Inc., Procter & Gamble and Leo Burnett. She has a Bachelors of Arts in Sociology from the University of Chicago and an MBA from the Harvard Business School. Lakshmi was recognized as one of 20 Rising Brand Stars by AdAge in 2017. 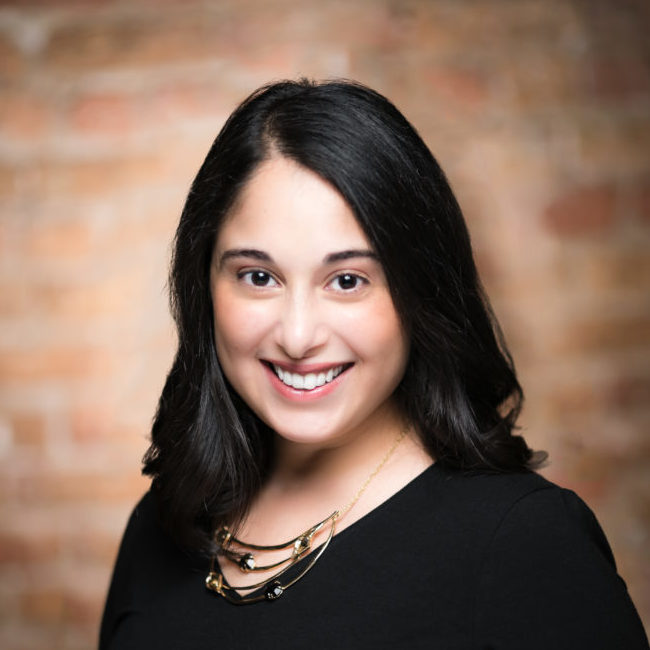 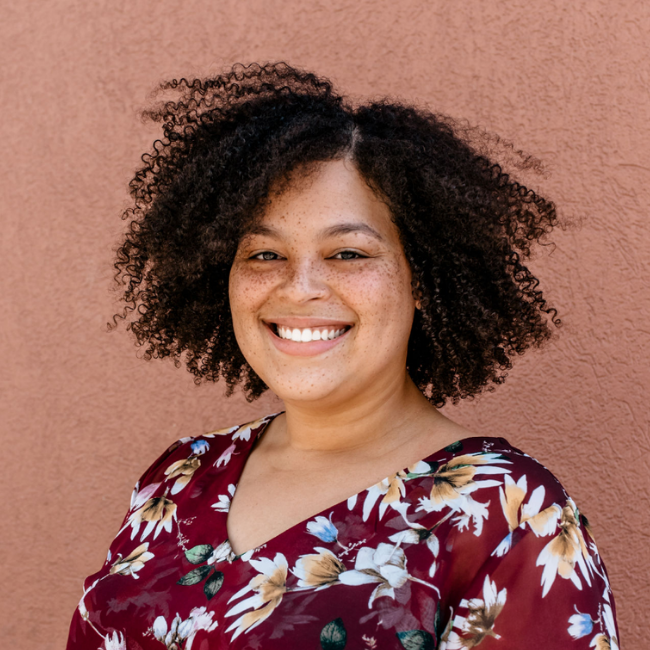 Tyana Daley is the Communications Manager at Embarc Collective. A Tampa-native, Tyana graduated from the University of South Florida with a Bachelors in New Media & Technical Communication. After graduating from USF, Tyana worked on search engine optimization at Bisk Education, joined the Publix Super Markets social media team, and worked for Disney Digital Parks and Resorts as a web producer. Before joining Embarc Collective, Tyana worked as a freelance marketer for small businesses in the Tampa Bay Area.

Justin Davis is a Product Strategist at Embarc Collective and also the Founder of Madera Labs, helping companies deliver better experiences to their customers through user research and user experience design. Justin also serves as the co-host of Design by Committee, a podcast dedicated to answering your questions about UX, product design, content, user research and anything else tech and the creator of ReviewCycle, helping to make the design review process easier for both designers and their clients or colleagues. 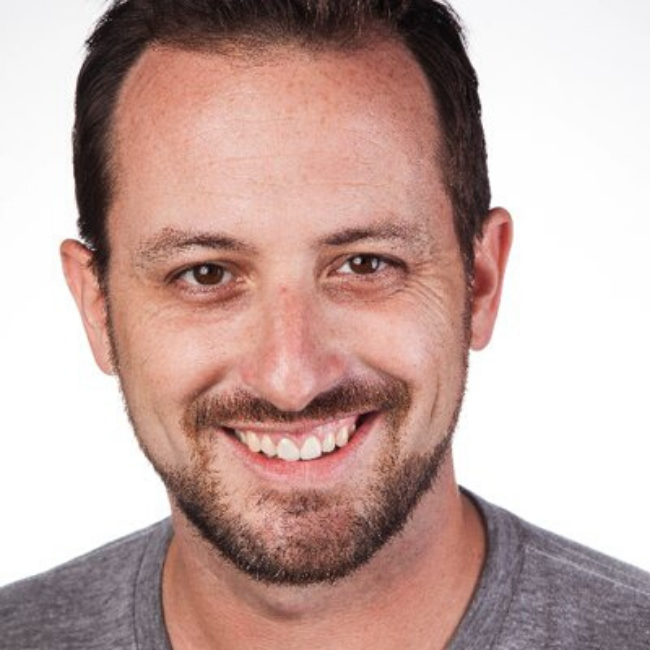 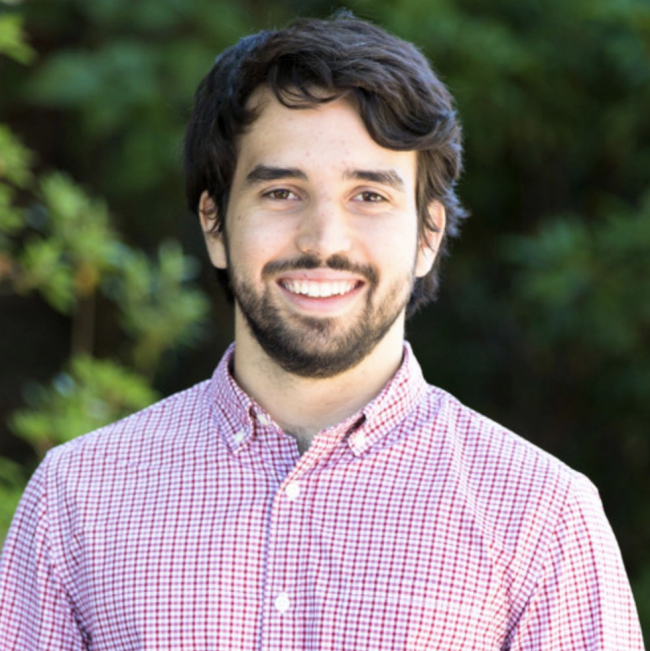 Fabio DeSousa is the Analytics and Engineering Manager at Embarc Collective. A Tampa native, Fabio graduated from Columbia University with a Bachelor of Arts in Sociology. Afterwards, Fabio became a Venture for America Fellow and worked for Pack Health, a digital health-coaching startup based in Birmingham, AL, as a Software Engineering Manager.

Allie Felix is the Platform Director at Embarc Collective. Previously, Allie led community at Work-Bench, an enterprise technology venture fund, and business development at 37 Angels, a women's angel investing network in NYC. Prior to that, Allie managed marketing and partnerships for Tim Draper’s pre-accelerator program in San Francisco, Draper University. Allie currently serves on the board of Emerging Technology Leaders Tampa Bay and previously with the Smith College Business Network Advisory Board. She is a graduate of Smith College and Tampa, FL native. 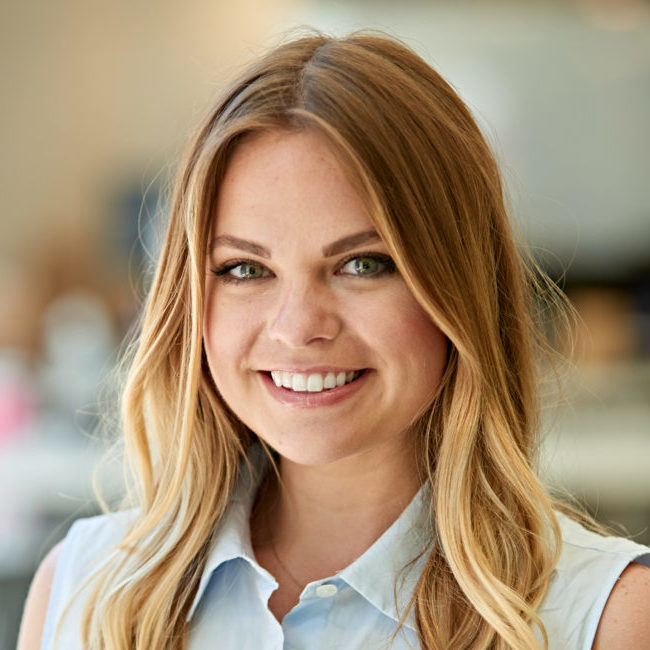 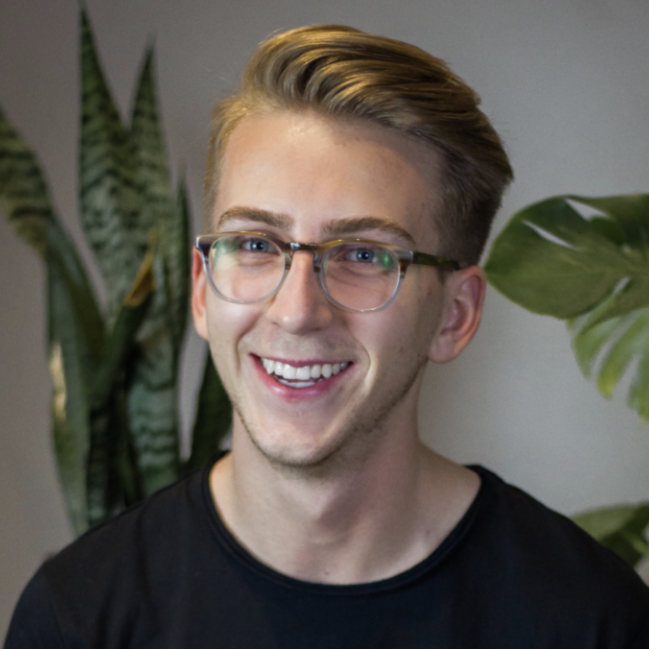 Dan Holahan is the Customer Success Associate at Embarc Collective. Previously, Dan managed strategic projects at Florida Destinations, a local corporate event planning company. He earned a BS in Entrepreneurship and Leadership Studies from the University of Tampa. While in undergrad, Dan served on several organizations and university advisory boards. Most notably, he led the university’s PEACE Volunteer Center, where he focused on growth and community engagement initiatives.

Kelly Kehoe is the Administrative Manager at Embarc Collective. She comes to Tampa from the John S. and James L. Knight Foundation in Miami, where she supported the VP/Communities & Impact and led the team’s budget and contract processes. Previously, she managed global banking, insurance, and audit programs as Senior Treasury Operations Officer for IntraHealth International, a global health NGO based in Durham, NC. Originally from New Jersey, Kelly studied music and history at Oberlin College, and owned a private music studio for several years in San Diego before returning to the east coast. 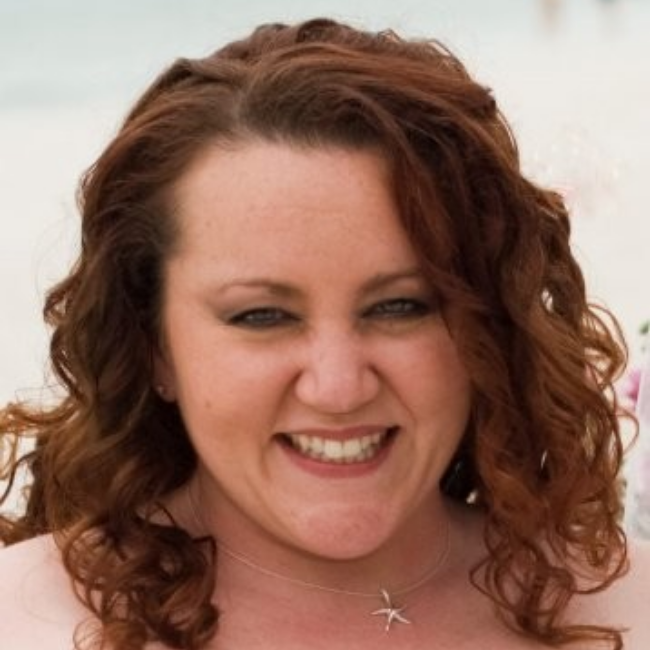 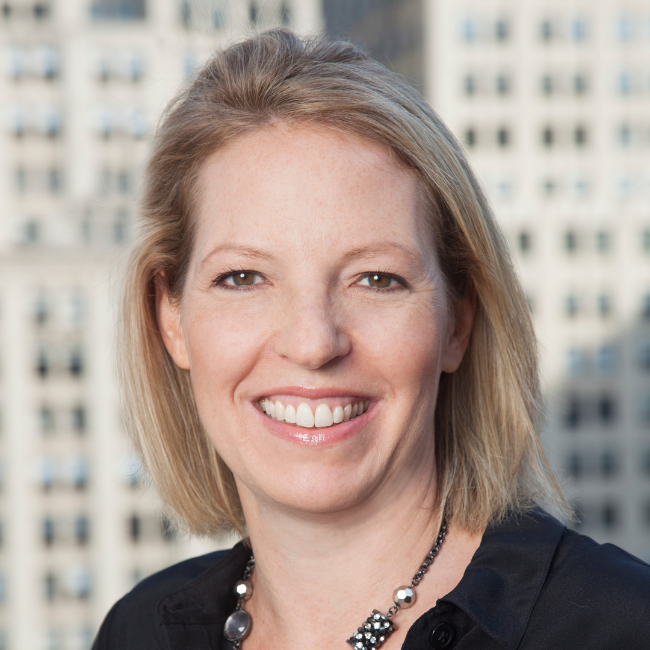 Kailah Matyas is the Talent Strategist at Embarc Collective. Having spent over 20 years with Redwood Partners, a retained executive search and venture firm, she has worked with global high growth technology companies at different stages to support their executive recruiting and talent planning needs. Her passion is to identify and recruit the best talent needed to grow and scale successful businesses. Kailah is on the Board of the Tampa Bay WaVE and the Advisory Board of the Lowth Entrepreneurship Center at the University of Tampa. She received her Bachelors of Arts in Sociology from George Washington University. She has lived in New York City, London, Sydney and St Petersburg, FL.

Karyn Rood is the Events Manager at Embarc Collective. As a native Floridian, she graduated with a Bachelor of Arts from University of South Florida in 2008. Previously, Karyn produced culinary and beauty retail television at Home Shopping Network working with celebrity and high-profile clientele. Prior to HSN, Karyn supported Community Outreach for the Straz Center of the Performing Arts, focusing on community partner engagement and access to the arts. 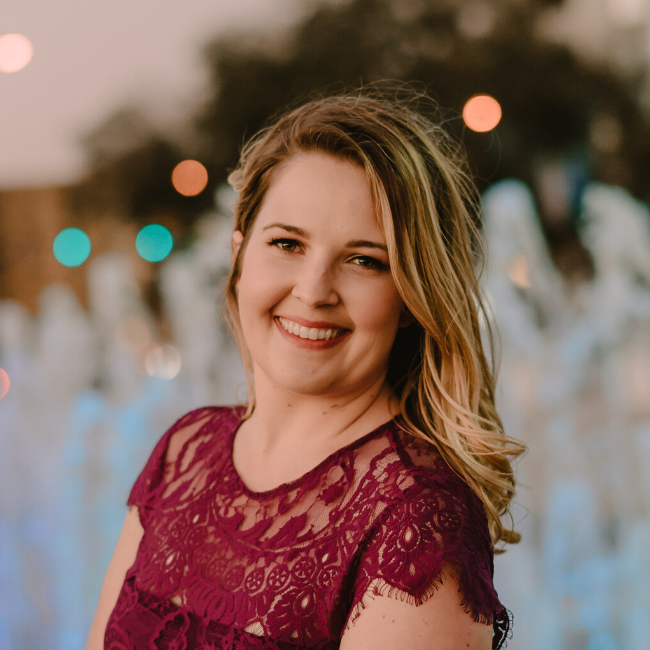 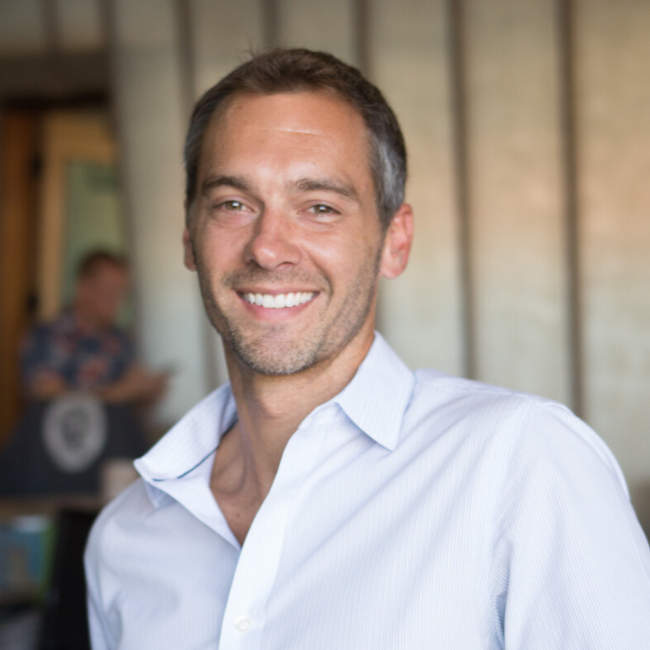 Ryan is an Executive Advisor at Embarc Collective and brand new to the Tampa area. Previously, Ryan was in Los Angeles working as President/COO at SnackNation, where he is still a Board Member. Prior to SnackNation, Ryan helped lead a SaaS startup, FoodLink, in the Bay Area, which was successfully sold to Roper Industries. Before jumping over to the operating side of the table, Ryan worked as an Associate at Rustic Canyon Partners, which at the time was one of the largest VC’s in LA County. He received his BA in Economics & Political Science from Northwestern University and his MBA from UCLA Anderson School of Management. When he’s not working with Embarc Collective’s amazing portfolio companies, Ryan is probably taking advantage of the outdoors (i.e. the beach) with his wife, Laura, and 2-yr old daughter, Olivia.

A Space for our Mission

Embarc Collective will open in 2019 in downtown Tampa. At that time, we welcome you to visit for an event or tour. 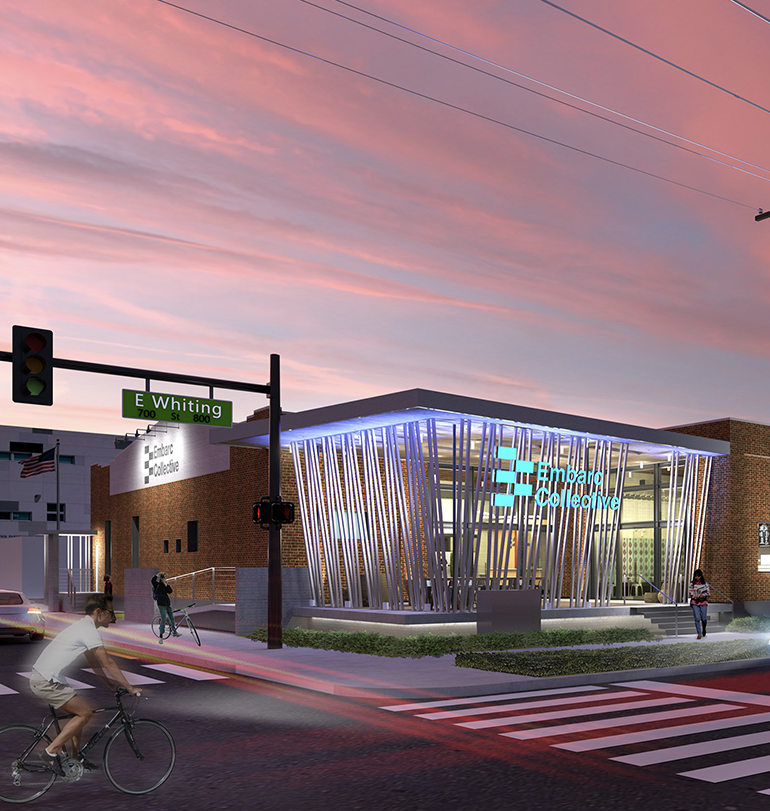